British campaign medals are fascinating pieces of history.  With the exception of some WWII issues they are each named to the recipient and identify his or her unit.  This is by no means a complete suite of medals issued during this period, but a good representation of the late Victorian and WWI era issues.

The seargent above is wearing ribbons representing the War and Victory Medals.

The 1914 Star, left, was issued for service between 5 August 1914 and midnight 22/23 November 1914.  It is commonly referred to as the Mons Star because the majority of recipients were involved in the retreat from Mons, France.  Approximately 378,000 medals were issued.

At the close of WWI the allied countries issued a victory medal with the common design of a winged liberty on a rainbow ribbon.  The British government was one of 18 countries to issue this medal.  All Commonwealths and Dominions issued the same design with the exception of South Africa.  The reverse of the South African victory medal is in English and Africans. 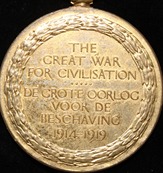 The Great War to end all Wars fought from 1914 to 1918  generated 5 British campaign medals.  No one person could have more than three medals for this conflict, however I have read that there are rare exceptions to this rule.

Naming on reverse of WWI Victory and War Medals 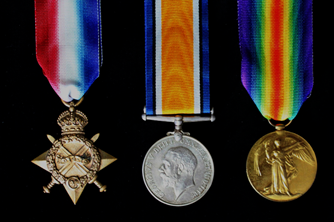 The trio below left is a South African grouping named to 2483 GNR. F.C. Standidge  S.A HVY Artillery.  The Victory Medal is South African issue and is in English and Africans. 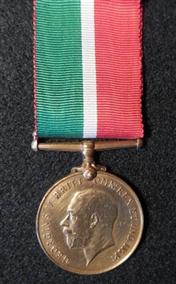 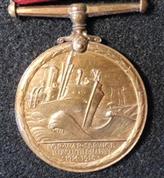 The Mercantile Marine Medal was issued by the United Kingdom's Board of Trade to members of the Merchant Navy for one or more voyages through a danger or war zone during WWI.  Total medals issued were 133,135. 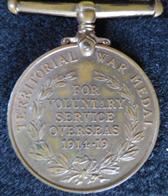 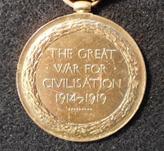 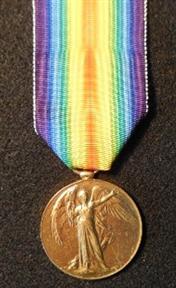 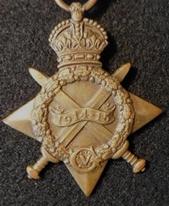 The British War Medal was issued to officers and enlisted personnel who served in a theater of war or who entered overseas service between 5 August 1914 and 11 November 1918.  Approximately 6.4 million silver medals were issued and an additional 110,000 bronze medals medals were issued to Indian and Chinese troops.  The bronze War Medal at left is named to No. 33465 Chinese L.C. 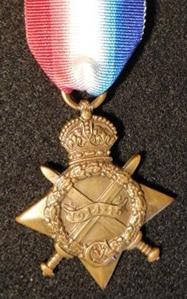 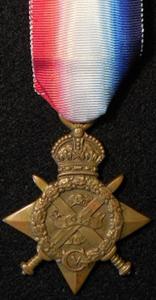 The Queen's and King's South Africa pair in my collection were issued to Private G. Sneade of the Cheshire Regiment.  Clasps on Private Snead's QSA medal are Johannesburg, Driefontein, Paardeberg, and Relief of Kimberly.  His KSA has the South Africa 1901 and South Africa 1902 clasps.

Naming on reverse of 1914 Star 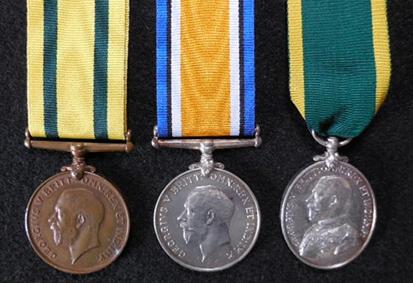 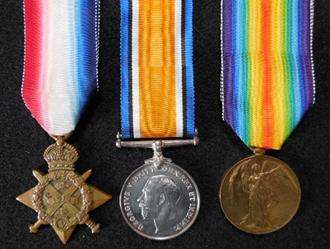 This young Hussar is wearing ribbons for both the Queen's and Kings South Africa Medal. 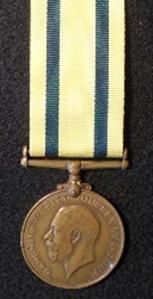 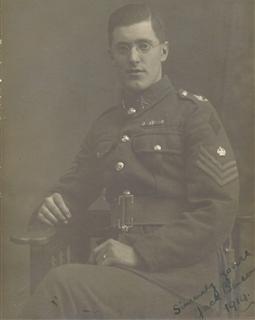 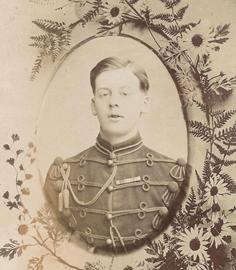 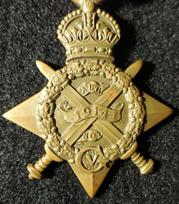