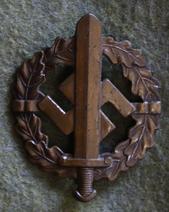 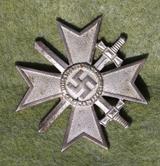 Issues to everyone who participated the annexation of Austria 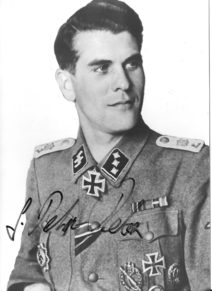 The Nazi era from 1933 to 1945 was one of the most horrible periods in recent history.  The Third Reich spread terror across Europe, Africa, and the Middle East.  There was no facet of life in Germany that was not affected by the regime.  While the government was evil and many adherants were curel and merciless many soldiers of all ranks were serving their country and were honorable men and women.  Today emblems of  Nazism are some of the most sought after by military collectors.

​Awarded to those not eligible for the Infantry Assault Badge who had actions supporting Infantry on 3 or more days. 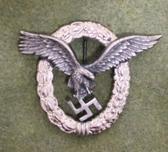 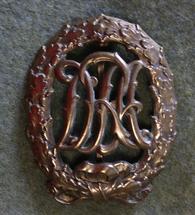 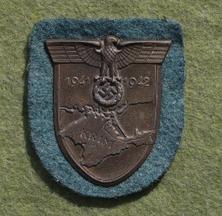 ​Awarded for bravery in battle

​Recipient must have first been awarded the Iron Cross Second Class 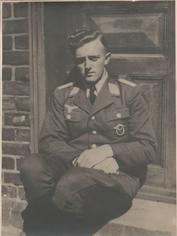 ​Awarded for 3 or more actions 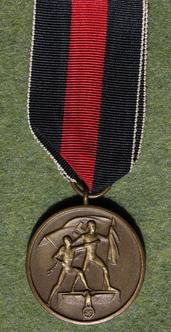 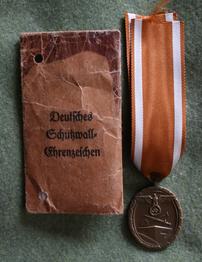 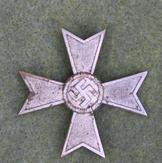 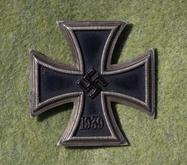 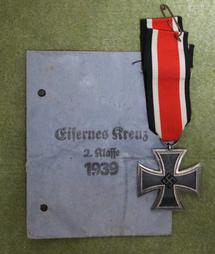 ​       Awarded to everyone who participated in the annexation of the Sudatenland, Czechoslovakia.

Issued to civilians without swords for essential help in the war effort.  Military received the award with swords for exceptional service "not in direct connection to combat." The War Merit Medal was the lowest rank and was usually awarded to factory workers who exceeded quotas.  It could be awarded to Germans and Non-Germans. 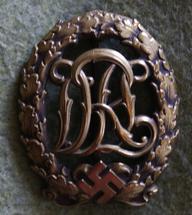 ​Wound badges were awarded in three grades: Black, Silver , and Gold (shown above left to right.  Criteria for award were for Black 1 to 2 combat related wounds; Silver 2 to 3 wounds; and Gold 5 or morewounds.  The Silver Wound Badge could be awarded for loss of a limb or eyesight.

​Campaign Shields were awarded to soldiers to recoginize  participation in a campaign.  The shield was worn on the left sleve of the uniform.  During WWII Germany officially introduced 5 shields: Krim, Cholm, Navvik, Kuban, and Demjansk. 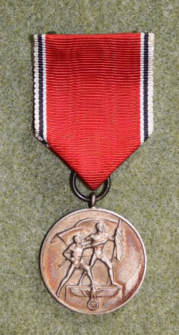 ​Awarded for bravery in battle

Awarded for working on the construction of the West Wall or Seigfried Line from 15 June 1938 to  31 March 1939.  It was awarded again in 1944 after the allied invasion.  The reverse of the medal says "For Work on the Defense of Germany"

Awarded after completion of training