Obverse  "For King and Fatherland" 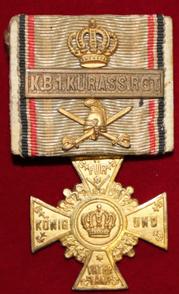 Above are two distinctly different medal bars.  On the left is a three medal grouping consisting of (left to right) 1) Iron Cross Second Class, 2) the German Legion of Honor, a WW1 commemorative award of the Weimar Republic with a laurel wreath and sword,3) The Kyffhäuser War Commemorative Medal, also a Weimar Republic veteran's award.   The wearing of all veterans medals was outlawed by the new Nazi government after the introduction on the Honor Cross of the Great War in July of 1934.  This is a pre 1934 medal grouping.

The medal bar on the right consists of 1) Iron Cross Second Class and the Honor Cross of the Great War.  This is a post 1934 medal bar. 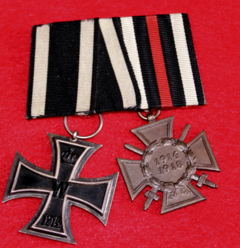 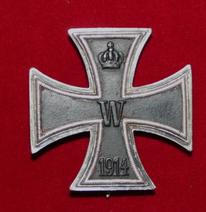 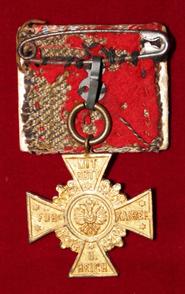 Imperial Iron Cross First Class.  Generally awarded for 5 or more acts of bravery.  Holding the Iron Cross Second Class was required before this medal was awarded.

​Honor Cross with Swords issued to Friedrick Mros Backer who lived in Salt Lake City, Utah at the time the award was issued.  The award was issued by the German Consulate in San Francisco, CA  on October 22, 1936.

Awarded for one to four wounds 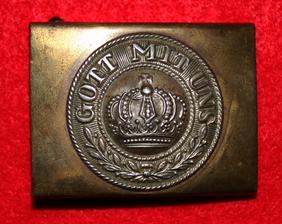 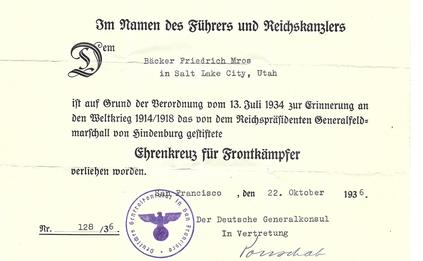 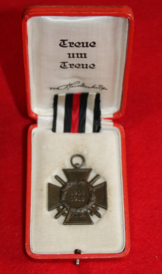 Iron Cross Second Class.  Awarded for an act of bravery. 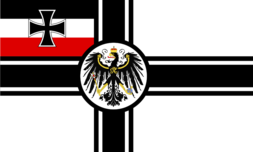 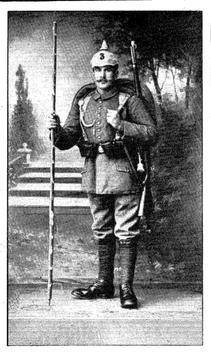 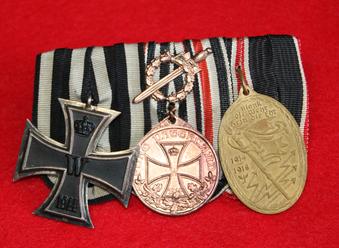 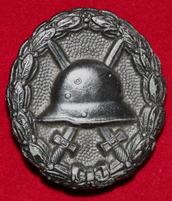 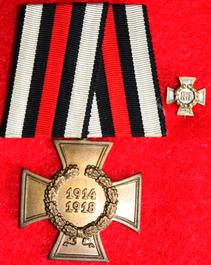 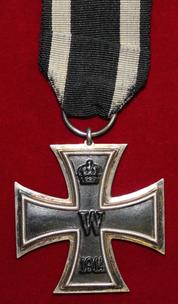