Coal mines are particularly  dangerous because of the presence of methane gas.  Easily ignitable and highly explosive candles, oil wick lamps and carbide lamps were dangerous because of their exposed flame.  Safety lamps kept the flame enclosed in a glass housing and the heat given off by the flame was dissipated by a wire mesh.  This greatly reduced the risk of a methane explosion.

Less ornate but just as functional this lamp was made by J.W. Patten of Wilksbarre, PA.

Oil lamps followed the candle.  Shown above is a US Eagle brand oil lamp patented in 1904.

Candle holder made from wire. 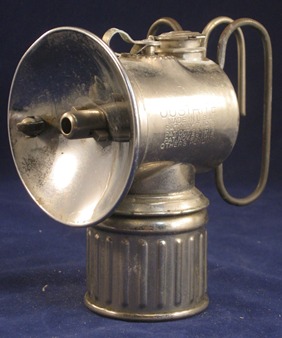 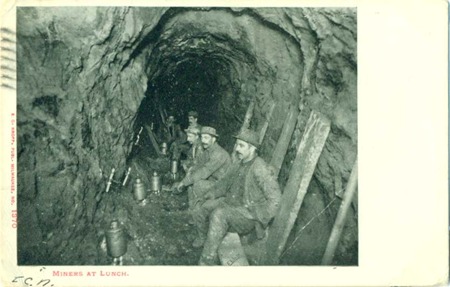 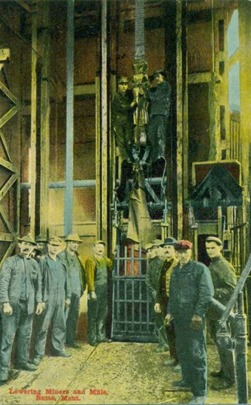 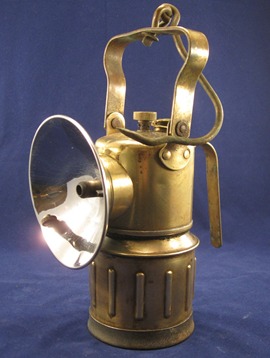 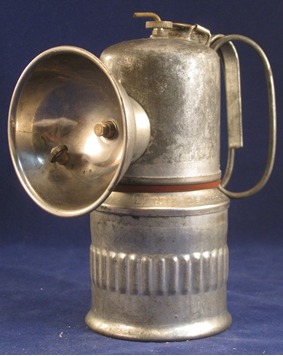 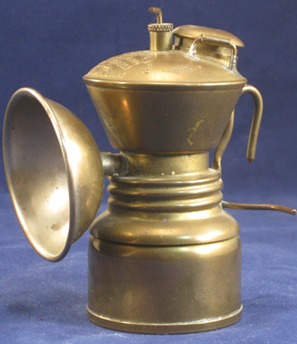 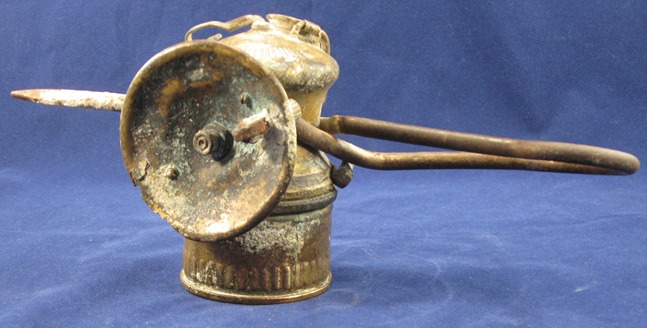 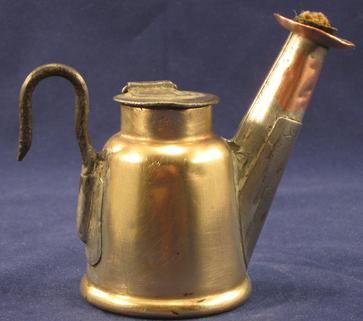 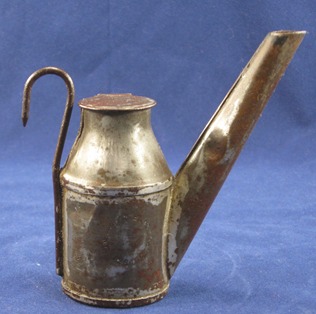 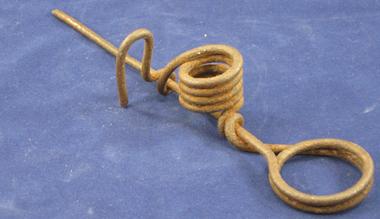 Mining underground is a dangerous business.  It is even more dangerous when you work underground.  The ability to see well can make the difference between life and death.  Over the centuries the technology of illumination has changed and improved making underground mines  brighter and safer. 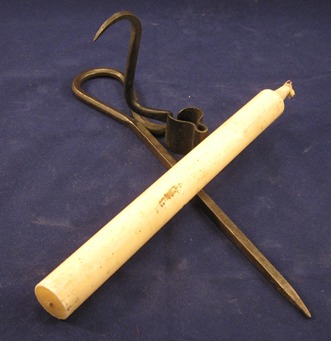 Not one of Justries's better ideas.  The carbide- water reaction was so hot that the plastic body frequently melted and sometimes caught fire.

Pistol grip candle holder.  One of the more scarce varieties of candle holder. this one came from Butte, Montana.  Notice how the rivets that hold the candle and hook to the body have been replaced with wire.  The rivets probably wore out and the miner used wire for the repair rather than replace his candle holder. 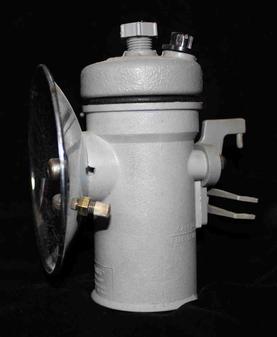 Justrite nickle plated lamp.  Frequently called a "Supervisor's Lamp" this model was more expensive and not commonly used by miners.

One of the most recognizable symbols of mining is the carbide lamp.  Appearing in the United States in the early 1900s these lamps burned acetylene gas produced by the mixture of carbide and water. Carbide lamps were used in the United States well into the 1970s.  This Wolf brand lamp  with the unusual "Tommy Stick" was found in an abandoned mine near Butte, Montana and given to my by a close friend.

Baldwin II  R Side Lamp  Circa 1910. This was one of the first and most successful mine lamps.