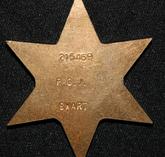 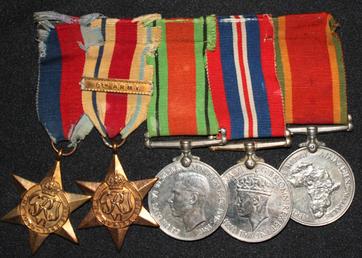 Nine campaign stars were issued for service during WWII.  Eight were authorized during or just after the war and the ninth, the Arctic Star, was authorized in 2013.  No individual could be awarded more than five stars.

Australia Service Medal All medals were named to recipient 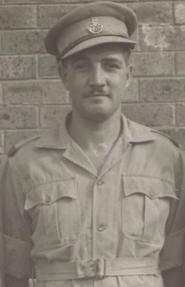 Several of the Commonwealth Nations issued medals for service during WWII.  Each country had different conditions for receiving the medal.  Some replaced either the War Medal or Defense Medal and some were issued for voluntary service during the war.  Missing from my collection is the Newfoundland Volunteer War Service Medal.

During the Second World War Great Britain Issued eleven medals for service.  Nine of these are Star medals for service in a theater of war. Eight  these were first issued during the war, and in 2013  a ninth  medal, the Arctic Star was authorized. The other two are general service medals: the Defense Medal and the War Medal.  In Addition to the Star medals many of the Commonwealth countries issued medals for service to members of their country's military. 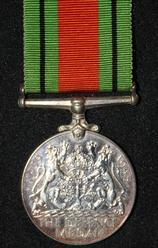 Top left is the War Medal which was issued for 28 days of service between September 1939 and September 1945.  Top right is the Defense Medal.  It was issued for 3 years service in Great Britain or 3 years service overseas.  These medals were minted in cupro-nickel in Great Britain and most Commonwealth countries with the exception of Canada there they were minted in Sterling Silver.  Both medals shown are silver Canadian issue.  Unlike  First World War medals Great Britain did not engrave the recipients name on service medals.  The exceptions to this rule are South Africa, Australia, and New Zeland.  Medals issued by these countries  were named as shown above.  I have medals in my collection issued by South Africa with either an "N", "C", or a "W" preceding the service number.  This initial refers to either "Negro", "Colored", or "Woman".  No letter before the service number indicates the medal was issued to a white male.

New Zealand Service Medal All medals were named to recipient