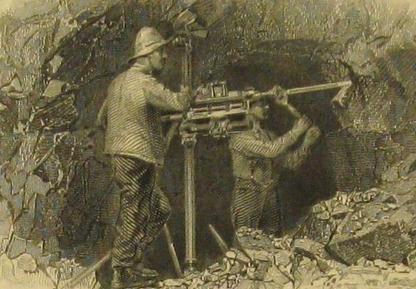 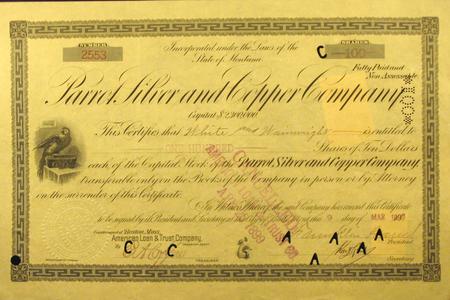 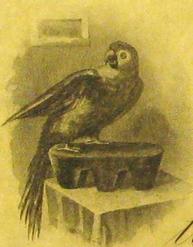 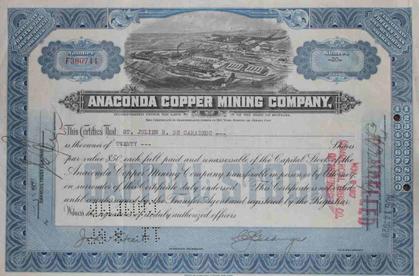 One of the most successful mining companies in the US Homestake operated from 1879 until 2002.  This certificate was issued to Phebe Hearst, wife of founder George Hearst and is signed by co-founder Lloyd Tevis. 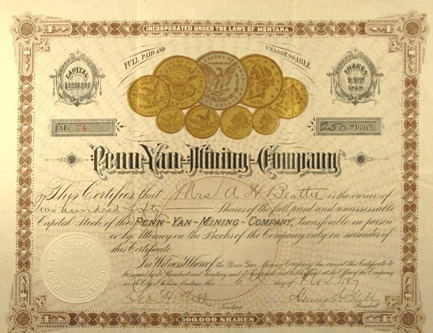 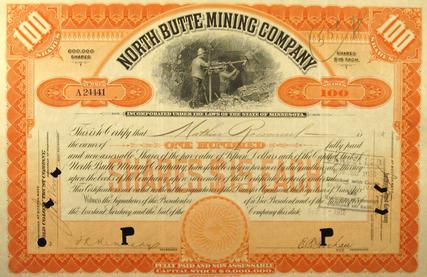 Mining has always been perceived as a way  to get rich quick.  While many mining companies were legitimate and successfullyproduced millions of dollars for the share holders others were flash in the pan companies that only made money for  less than honest promoters. Whether ligit  or a scam the certificates the companies printed are a great piece of history. 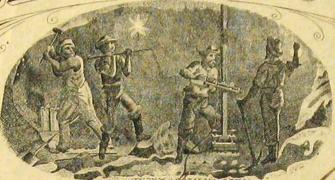 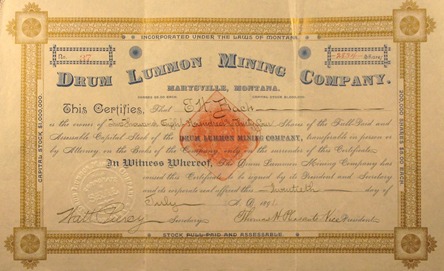 A pretty example of a company that left nothing but this stock certificate to prove it existed.

The Drum Lummon mine near Marysville, Montana was a rich gold mine founded by Irishman Thomas Cruse (no relation to the actor).

The Anaconda Copper Mining Company is another of the giants in the industry. Founded by Marcus Daily and financed by Hearst, Tevis, and Haggin it operated from 1881 until 1977. 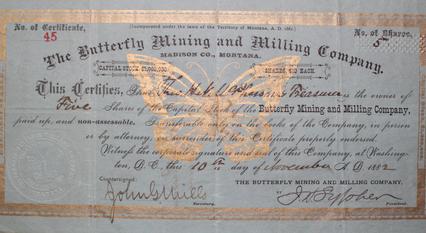 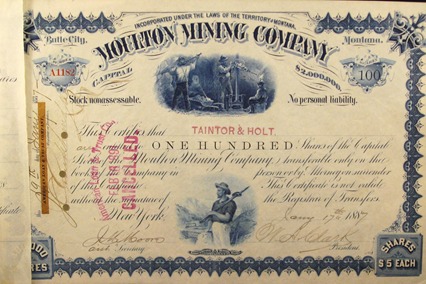 A very successful copper mining company North Butte was also under the control of the Anaconda Company and its predecessor the Amalgamated Copper Mining Company.  Its Granite Mountain Mine was the site of the country's worst hard rock mine disaster which killed nearly 160 miners.

The Penn-Yan Mining Company owned property near Wickes, MT.  This stock certificate is one of the most beautiful I have seen. Unfortunately, all of the gold the company produced is on its vignette.

Moulton Mining Company was formed by William A. Clark, like Marcus Daily one of the Butte, Montana copper kings.